Self-Produced and Consumed Power
40%
Components Made Inside Our Factory
90%
Mechanical and Electronic Design Internally Made
100%
0
Countries by Exports
0
Years of UNI EN ISO 9001:2008 Certification
0
Dealers in Italy
0
Years of Experience in the Production of Fertilizer Spreaders

Born in the 70’s of the past century, the brand Eurospand has always stood out with success for the special attention paid to produce and supply professional fertilizer spreaders characterized by structural sturdiness, precision of distribution, resistance to corrosion, continuous and constant technical innovation, making these features the core of its way of thinking.
After a corporate change of ownership in the mid 90’s, OMB introduced a new commercial range of machines into the market: the Cavallo Line.
In 2001 OMB invented and produced the Vibro System, a vibrating hopper bottom system that has been applied on all its production of double disc spreaders with great success since then.
At the end of 2012, owing to an incorporation, OMB becomes “Divisione Macchine Agricole” of the company Autotrasporti Cavallo Giordano & Vallauri spa.

The plant covers an area of 8500 metres of indoor space and is powered by a photovoltaic solar station that generates 730 kWp and an annual average capacity of 900,000 KW.
Inside the plant, under the strict control of an UNI EN ISO 9001 certified system, we carry out 100% of the mechanical and electronic design and we produce 90% of all parts and semi-processed particulars necessary to build our fertilizer spreaders. 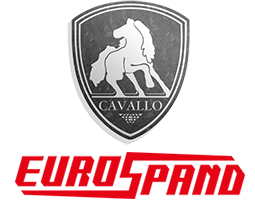 For any question contact us now, we will reply as soon as possible!